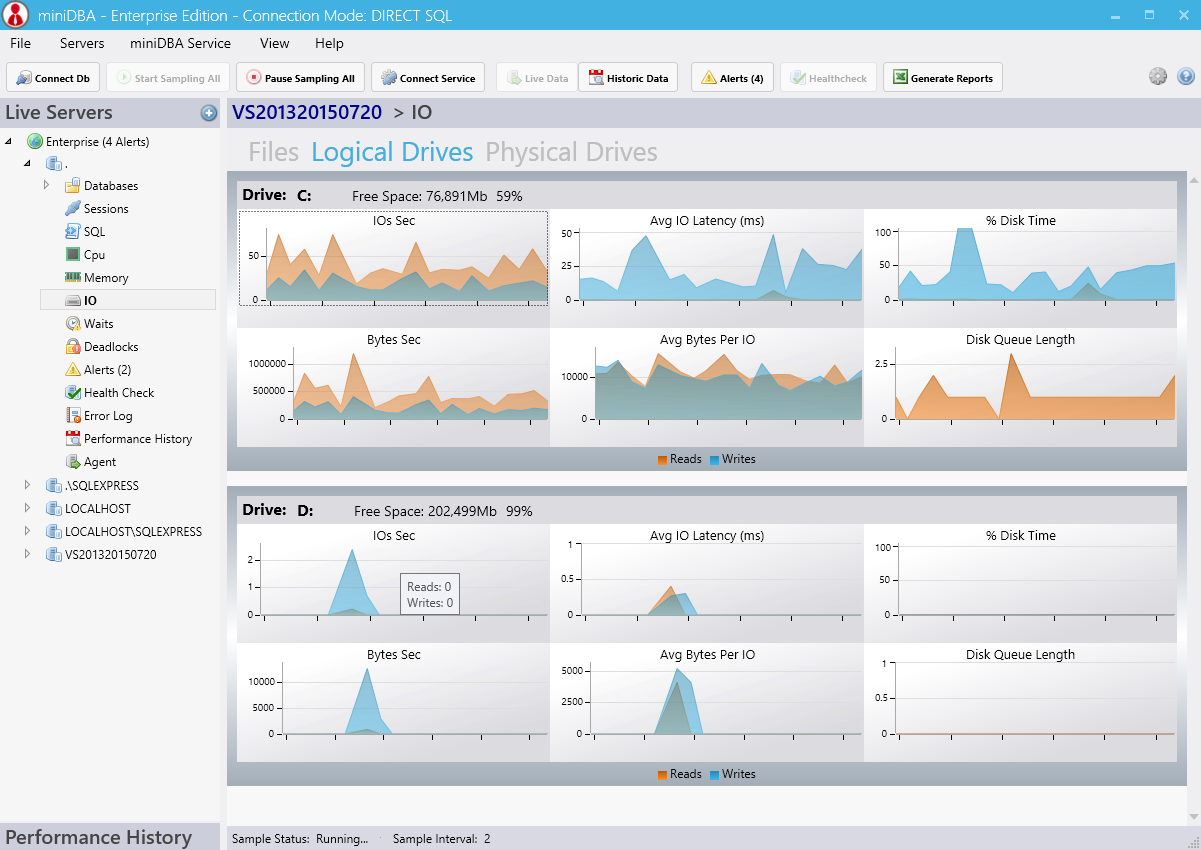 IO usage is displayed per attached drive. Each drive has its own set of graphs:

Not Connecting To Performance Monitor

MiniDBA is dependent on conncting to the SQL Server's built in performance monitor counters. If the it says it is unable to connect then this screen will not have sample data available.
To troubleshoot perfmon connectivity visit this link